I recently finished teaching a Spanish 101 course during our university’s first summer school session. My course was full, mostly with students from my institution working on the language requirement for our general education curriculum, which requires that students complete coursework or otherwise prove competency (AP scores, for example) at the intermediate level as defined by the American Council on the Teaching of Foreign Languages (ACTFL, http://actflproficiencyguidelines2012.org/). So students starting in 101 would likely have 3 more semesters of study to complete the general education language requirement. This term’s course was pretty typical for my lower-level language courses. Some students were only in the course to complete the general education requirement, while others were there because they also had either a personal or a professional interest in learning Spanish. Ofen students see Spanish as a «practical» language and cite this as a reason for taking it. Completing what is normally done over 14 weeks of classes in only 4 1/2 weeks is quite a challenge for any course, but in a language course, it was a colossal task for all of the students, and for me as their instructor, and I have to say that I left the experience with some mixed feelings. I have a student from the course to thank for the topic of this blog post, in defense of (academic) language study, as opposed to the many other ways people can learn another language, from purchasing commercial programs sold in an airport to moving to another country.  I would like to argue for the value of language study as part of a liberal university education.  Also, although academic language study might have the side benefit of proving itself «practical» some day to some students, that is not its only, and maybe not even its most important purpose.

The aforementioned student who inspired this post was one of those students who  seems to question everything at every turn. A non-traditional student returning to school after a few years of experience in the «real» world, this person was not the typical undergraduate content to just do as I said and trust that I knew what I was doing. While it can be quite frustrating and tiring to have to defend oneself in this way, I don’t believe that the student was out-of-line to question me. To the contrary, I, as a professor, should be able to explain the «why» of my pedagogical choices just as well as I explain the «what» of the content delivered in them. So when this student asked me «Why don’t you just use that commercial program XXX?»(*referring to the sort of program advertised in travel magazines, sold in big box electronics stores, and in kiosks at the airport) I was a little dumbfounded.  Why not? Now to be fair, I’ve never really used any of those programs, although I suppose they probably have helped introduce many more people to a new language than I have in my 20 years as a professor. I did a bit of researching and found several reviews of one of the most advertised programs, Rosetta Stone, including this oneon a blog post from January of this year in the Economist. Certainly the program’s special features are intriguing, but I’m still suspicious of anything or anyone who  claims language learning can be quick and easy, natural, painless and never ever boring! But, back to the student’s questions– why not? While one of the criticisms of these language learning software programs is that they are quite expensive, none of them are as expensive as the three-credit summer course I taught, even for in-state students. What is so special about the way we teach language in a university classroom setting that justifies our price?

I myself learned Spanish in a rather non-traditional way. Thirty years ago, in the summer following my high school graduation, I lived for 9 weeks in La Paz, Bolivia. I had never studied Spanish before that moment, but rather had taken 4 years of highschool French. My immediate reaction to the letter announcing that I would be living with a family in Bolivia was to tell them no way, I wouldn’t go! I couldn’t go. I didn’t even know Bolivian, I thought, and I especially didn’t even know that Bolivians spoke Spanish, along with Quechua and Aymara and a few other indigenous languages. But the people at AFS talked me into taking a big risk and go.  Those were the 9 most difficult and most rewarding weeks of my life, and the experience completely transformed me. I came back with a pretty good foundation for speaking and understanding Spanish, but more importantly I came back with a greater awareness of how other peoples around the world lived, and I returned with a hunger to learn more, to improve my skills, and to continue transforming my monolingual, monocultural worldview to something much, much richer. For me it was sort of like that moment in the Wizard of Oz where the film changes from black and white to color. Going to Bolivia, and learning Spanish opened my mind, and my life to a whole new way of thinking, of understanding and of being. Until I saw my my pictures developed once I was home, I had no idea how different I looked from my Bolivian friends–what a true «gringa» I must have seemed to those around me (evidenced below!). Perhaps proof of my intellectual (not physical) transformation? 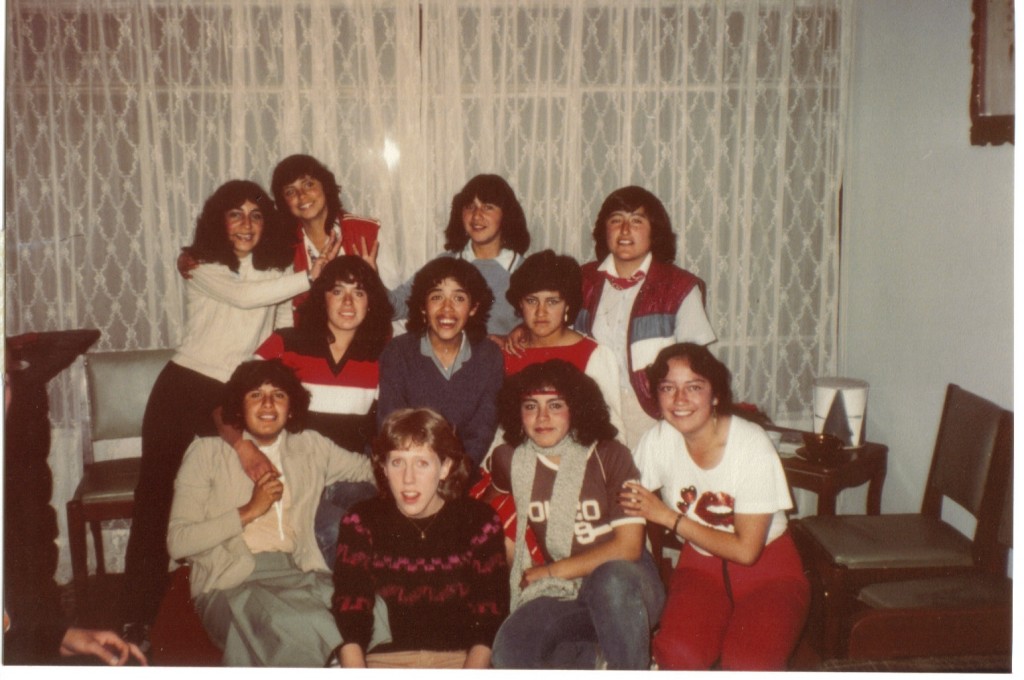 I started my university career the next fall and began my formal study of Spanish. I learned grammar, more vocabulary, and writing, and I continued to improve my speaking and listening skills. I also continued pursuing opportunites to travel–again to Latin America (Cuba and Costa Rica) and then a summer in Spain. I sought every opportunity I could to speak with native speakers in my university.  For me it was that combination of real-world experience and academic study that helped me in my transformation. This transformation didn’t happen easily, it did not happen quickly in fact, it’s still happening 30 years later!  It was not always fun, although often it was GREAT FUN, and it’s what I hope for each and everyone of my students, and the reason I went into college teaching.

Here is an exerpt of my response to my student:

I’m not sure if you were in class the day that I spoke about language learning being like learning a musical instrument or learning a sport. It takes a lot of practice, and it can be quite frustrating at times. Some students are naturals (just as some are naturals in sports or music) and seem to improve almost effortlessly, while others work and work and feel they are not improving as quickly as they’d like. But most students, all but those with the most severe of learning disabilities, are able to improve and they are able to achieve intermediate competency at the end of two years. The problem is, I can’t do it for students. I can provide students a road map (that is, through my syllabus, through the assignments that I give, and the topics that we cover in class, along with my power point slides and explanations that I provide).  I also can provide opportunities to practice in class: in every class I try to make sure that all students have the opportunity to practice all 4 skills necessary for language learning, with lots of speaking activities, reading, writing, and listening. I can also give students feedback, through my comments on their quizzes, on their homework, and on their classwork.But in the end it is ultimately up to the student to use all of these opportunities to his or her best advantage.

Learning a language is an art and a science. It requires skill and knowledge and creativity. The 2011 proposal for a «21st Century Skills Map», spearheaded  by ACTFL–the same professional organization that has created the proficiency guidelines mentioned earlier–calls for 21st century language teaching at the K-12 and college level to focus on five «Cs»: communication, cultures, connections, comparisons, and communities. The proposal goes on to state that it is «only through knowing the language of others that we can truly understand how they view the world.» (http://www.actfl.org/sites/default/files/pdfs/21stCenturySkillsMap/p21_worldlanguagesmap.pdf).  While I question the practicality of the proposal’s call for all students to emerge from K-12 at the advanced level, and from university study at the superior level–something only the very best of our Spanish majors are able to achieve in their 4 years with us–I do think it rightly emphasizes active and engaged student learning in a variety of «modes» from the more informal «interpersonal» to a higher level functioning «interpretive» and a more formal «presentational» mode.  These last two are areas a student is unlikely to develop outside of the classroom.

I will continue to seek new ways to encourage my students to become more active learners, able to create and interpret meaning accurately and correctly through both written and spoken Spanish. But my ultimate goal for them, more than achieving a particular language proficiency level, would be that they too might go from black and white to color, to enjoy the wonder of seeing, understanding, and being differently. 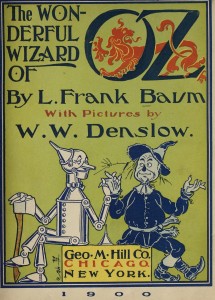