Today I played around with a tool in its beta stage–Voyeur, a tool for web-based text analysis (http://voyant-tools.org/). I copied the first part of Fray Benito Feijoo’s 1726 essay «Defensa de las mujeres» (published in his collection Teatro crítico universal). The tool generated the word cloud below. The most frequent words are common words in Spanish, and at first I couldn’t see how I could eliminate them, but the others that show prominently give a good visual of this early eighteenth-century Spanish proto-feminist work! It also offers some interesting graphs, breaking up the text into equal parts, showing word appearance frequencies throughout the entire selection. 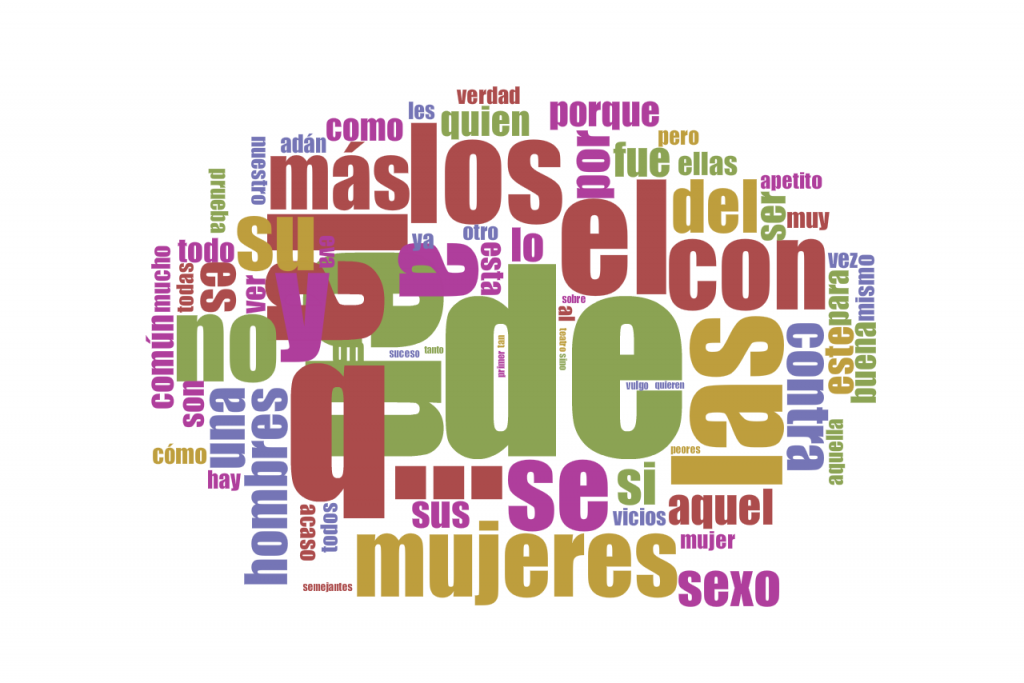 Now that I know better how to use Avant, I’ve been able to use it in other classes to look at texts. Here is one we did with a selection from la Celestina. Of course, word frequency doesn’t equate with importance, but it is one more way to get students to look at a text, and think about the words an author uses, and the meaning behind them. 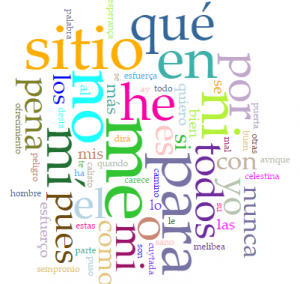